Michael Saffioti, 22, died in his cell at Snohomish County Jail last year after eating oatmeal that triggered his debilitating dairy allergy. His family claims in a lawsuit that guards ignored his calls for help and recklessly disregarded the seriousness of his condition.

Michael begged for help from his cell at Snohomish County Jail after eating some oatmeal that triggered his debilitating dairy allergy on July 2, 2012, but was ignored by guards until it was too late, a video obtained by local KIRO-7 TV shows.

The day before he died, Saffioti had turned himself into Lynnwood police for missing a court date on a misdemeanor pot bust.

Four months after Michael’s death recreational use was legalized in Washington state.

KIRO TV details the events as the guards tell Michael he’s ‘faking it’:

Within a few minutes, Saffioti was back at the guard desk, using his inhaler.

According to the legal claim, he asked to see a nurse.

Instead, he was sent to his cell.

Over the next half hour, the video shows other inmates looking in Saffioti’s cell as he jumped up and down.

The legal claim says he pressed his call button and was ignored. 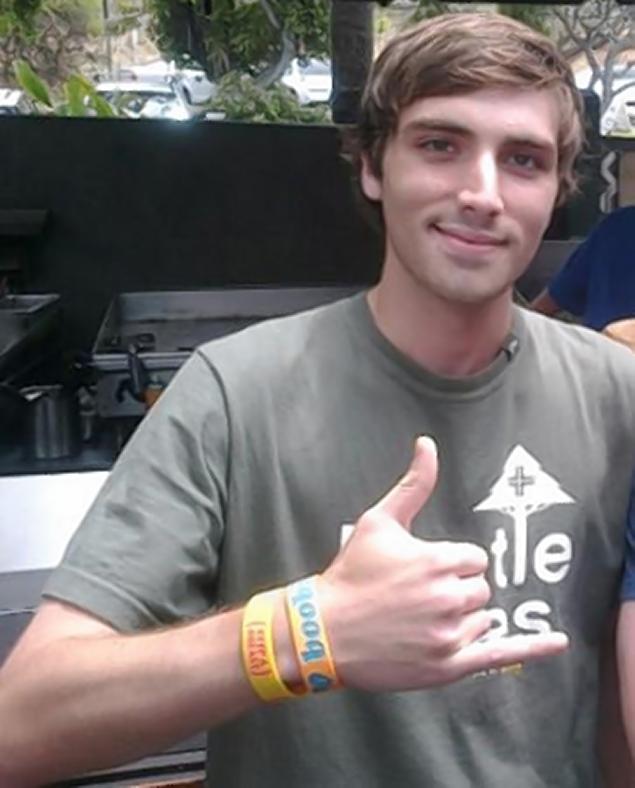 Michael turned himself in for having missed his court date, 24 hours later he’s dead.

County officials stonewalled Saffioti’s mother’s attempts to obtain video of the events leading to her son’s death, first by denying its existence. After Saffioti’s family discovered the police had lied about that, they turned over only non-incriminating portions of the video. The family was eventually able to force them to hand over the entire thing. So far, attorneys for the family have also been barred from interviewing jail staff or responding medical personnel.

“This young man’s death reflects the toxic mix of dehumanization, neglect and deceit. Inmates complain constantly about nearly every aspect of life in jail. The accommodations don’t suit many, and there isn’t much reason not to complain. The product is that complaints are ignored.

After all, to the guards, these aren’t people, but inmates. That’s what inmates do, complain. Do something about the complaints and they’ll just be back complaining about something else tomorrow. Ignore them and they’ll still be back, but it’s easier to just ignore them again tomorrow.

The problem is that every once in a while, a complaint, like a life-threatening food allergy, is real. Not just real, but brutally real. To take the time to listen, to hear, to take seriously, a complaint is more than a guard can bear. Jails are all about routine, and routine applies to everyone. To expect CO’s to treat inmates like people, to take the time to distinguish between real complaints and the typical noise is to expect them to be caring, intelligent people. That’s not part of the routine.”